We went to Namhae because my hubby wanted to eat oysters. But we couldn't find any oyster restaurant so instead of going home disappointed, we decided to have mulhui or water rawfish or rawfish in water soup. As you can see, it's dry because it has lots of ice. The soup will appear after the ice melted. 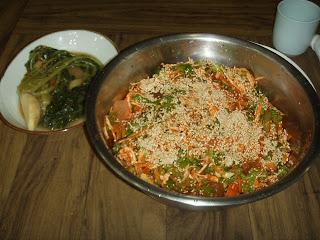 There are two restaurants near the ferry terminal and we're glad that we chose the right one. For only 13,000 won each order, you will be satisfied with the taste and the amount of food. My hubby was so happy. He said it's much better than the mulhui that we had in Kangwondo which is famous with water rawfish.

With the 13,000 won rice and noodles are included. You can mix it with water raw fish. 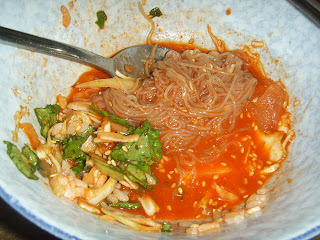 It's not only the food that we like but also the place. The restaurant is clean. 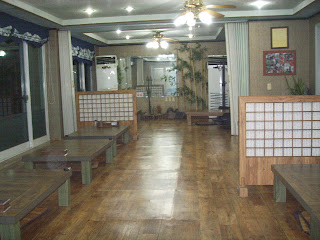 Actually, it's a motel upstairs so if you wanna spend the night at Namhae, I think it's also the best place for you. It has a nice view of the sea and ferry terminal. 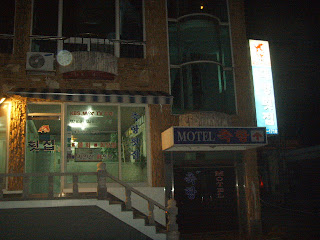 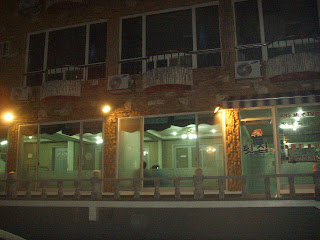